Bond Street Dental has offered NHS dentistry for many years but we are now proud to also offer state-of the-art private dentistry in our new, modern Private Suite. 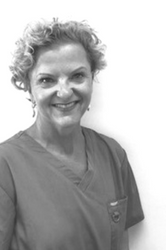 Lyanne was born in Durban, South Africa and qualified in 1986. She moved to England in 1992 and had her own practice for many years. She moved to Cornwall in February this year and have been working at Bond Street since then. She loves the interaction with patients and especially enjoy working with nervous patients.

Dr Brendan Assibi is an award winning dentist and the Clinical Lead/Director at the practice. He completed a bachelors and masters degree in biomedical sciences prior to graduating as a dentist from Peninsula College of Medicine and Dentistry (Universities of Exeter and Plymouth).

Dr Assibi spent 2 years practicing dentistry in London prior to moving to Cornwall for a nicer quality of life and joining Bond Street. He is one of the longest serving dentists at Bond Street and provides the whole range of NHS and private care. He completed Advanced Aesthetic and Restorative Dentistry training in London by the Aspire Academy and is qualified in delivering smile designs, white fillings, veneers, cosmetic crowns, bridges, dentures, whitening, as well as Invisalign. He has extensive experience in helping to train dentists and dental nurses and has PGCert in Dental Education. He is the full member of the Faculty of General Dental Practice in the UK and the Royal College of Surgeons and Physicians of Glasgow.

Brendan trained in the Air cadets for the RAF and cannot wait to renew his licence. He enjoys long walks around the Cornish coast.

Neil qualified at Bristol University in 1995 with a Bachelor of Dental Surgery degree (BDS) and subsequently worked as an associate around the Bristol area after completing his vocational training year following qualification.

He moved to Cornwall in late 1999 and worked within the Emergency Dental Services gaining a Master of Science degree (MSc) in 2002 and BUOLD in Anxiety Control and Sedation along with a Postgraduate Diploma in Management in 2004. Between 2004 and 2006 he worked as an associate in Camborne before becoming the principal of Bond Street Dental in 2006.

Neil was the principal and partner of Bond Street Dental with Dr Cathryn Pearson until 2015 were he still remains as an associate of the practice. He has been a Foundation Dentist Educational Supervisor in the practice also since 2008.

Neil is a keen windsurfer both in Cornwall and abroad and enjoys both tennis and badminton. He holds a coaching qualification in badminton and assists with the running of the Cornwall County U17’s squad.

Dr Romana Linkova has been practicing dentistry in the South West ever since she graduated. She completed all her university studies in the UK and is fluent in six languages. Romana received first class honours BSc degree in Biomedical Sciences from Brunel University and multiple awards for student representation. She also received a DIC and an MRes in Biomedical Research with Merit from Imperial College London.

She completed her dentistry degree at Peninsula College of Medicine and Dentistry (Universities of Exeter and Plymouth) where she always excelled, received five commendations for professionalism and won 3 awards. During her studies at Peninsula she also completed courses provided by Harvard University, University of California San Francisco and University of Pennsylvania. She was selected by the National Institute for Health and Care Excellence (NICE) to become a NICE Evidence Champion, which she found very rewarding. Dr Linkova always had a passion for education and completed her Postgraduate Certificate in Dental Education in order to train dental nurses and dentists. She also completed exams provided by the Royal College of Physicians and Surgeons of Glasgow and is now a full member of the College. She is also a member of the Faculty of General Dental Practice. She has passion for Invisalign (invisible braces) and extensive experience in oral surgery. Dr Linkova prides herself in the management of anxious patients.